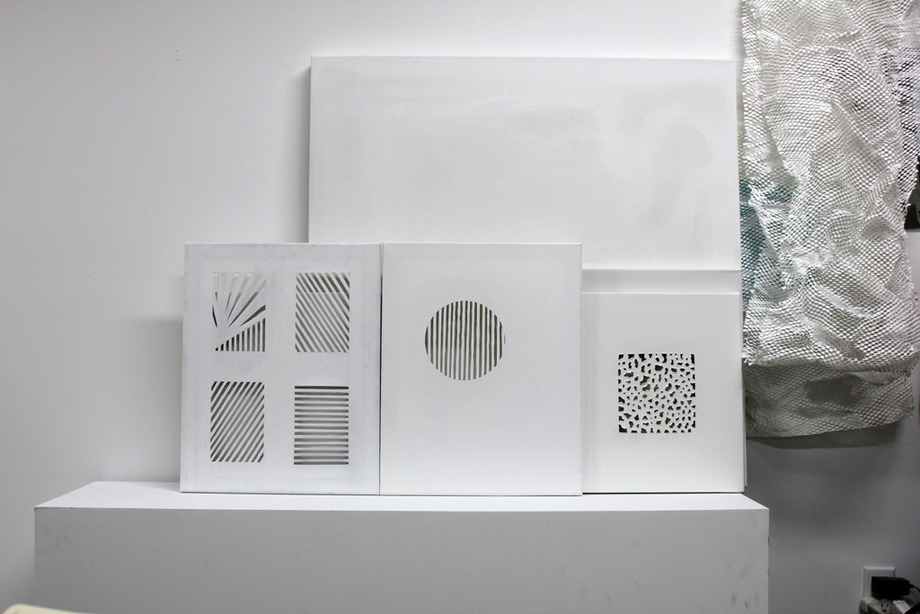 Circle Circle Dot Dot is a series of works that considers the positive and negative elements of forms quite literally, through an absence of material. The absence, which creates the circle and the presence, the dot. This series considers these material differences and how these roles interchange through the element of shadow. The title refers to the positive and negative elements of a circular form, of which the compositions of the paintings and paperworks in this exhibition are comprised. Considering circles and lines to be the most fundamental, basic forms from which others derive, this body of work is comprised solely of compositions consisting of these two forms.

Although defined as paintings, paint becomes a secondary consideration to the manipulation of the material of the canvas and the ways in which it naturally responds to physical forces. Through developing this body of work, the painted surface has begun to be understood as a membrane, a permeable barrier where matter can exist both in front and behind - allowing for possibilities and questions to arise regarding their capacity to become more than a surface upon which paint is applied. Collage has become more prevalent in the production of this work; understanding my paintings as layered spaces that incorporate both physical properties and immaterial ones such as light and shadow.

Haley Uyeda holds a BAH from the University of Guelph and will begin her MFA at York University in Fall 2014. Haley has participated in group shows in Toronto, Guelph and Halifax. 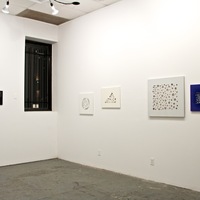 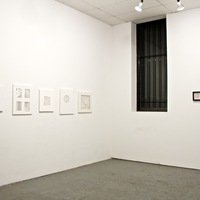 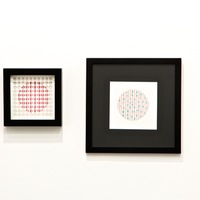 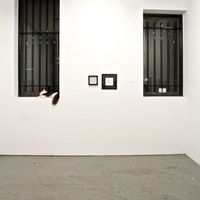 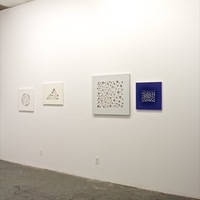 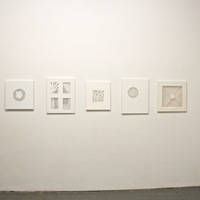 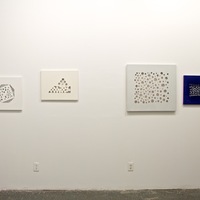 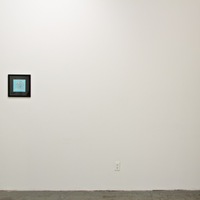 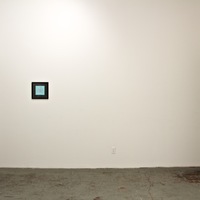 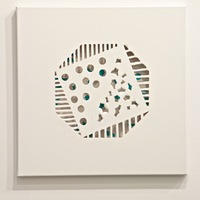 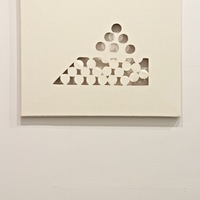 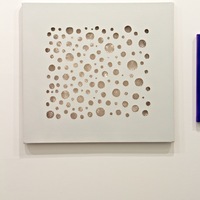 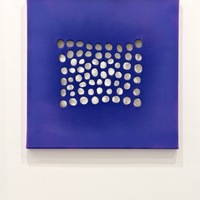 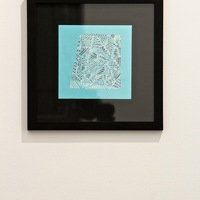 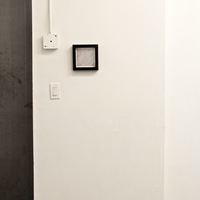 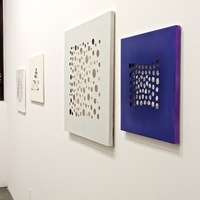 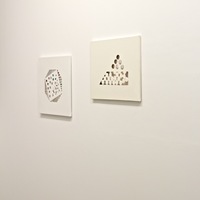 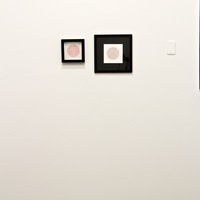 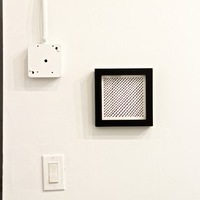 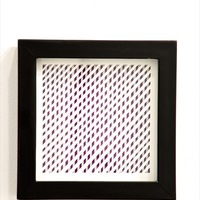 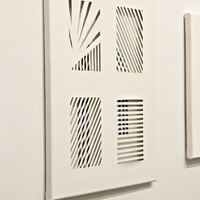