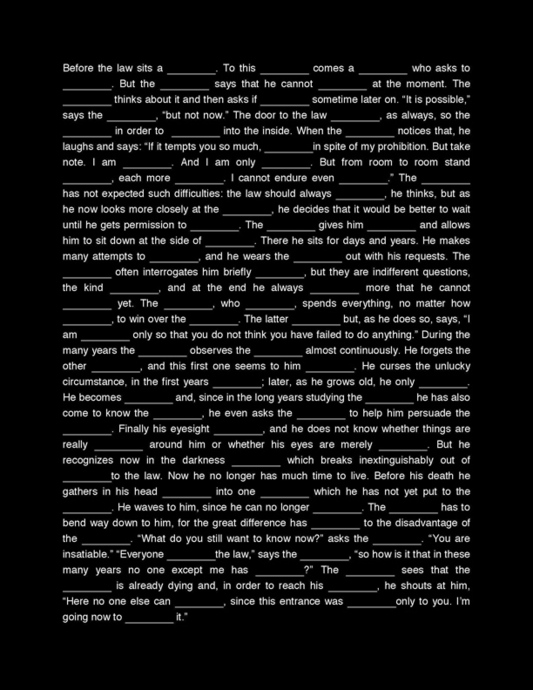 Katie McCain: Being in force without significance

the paradoxical nature of the law

by Susannah Mulvale, inspired and informed by readings of Giorgio Agamben’s “Form of Law”, Franz Kafka’s “Before the Law”, and conversations with Katie McCain and Jacob Singer

The law is paradoxical because it is a general principle that exists above and beyond any individual standpoint, yet it simultaneously requires a particular interpretation. Without any particular interpretation, the law remains in force without significance, and this is what Agamben argues is its essential form. The law is an overarching rule that applies equally to everyone in all situations, and it universally subjects us to its power and force. Yet at the same time the law can only ever be understood from the perspective of an individual person in an always-unique situation. In spite of its universality, then, the law varies according to each particular interpretation. It is at once understood as an almighty, foreign entity that holds power over us, a seemingly supra-human force imposing its reign on us; but the law also only ever exists for us, it is only ever known through us, it requires individual interpretation in order to be effected. The law is both a universal rule that is impenetrable to individuals, yet it is always being taken up from a specific perspective. The law is essentially open and closed, in the sense that it is open to interpretation, but holds us separate in its power over us.

Kafka’s parable “Before the Law” is representative of this simultaneous openness and closedness. The man waits his whole life to be allowed entrance into the law, when in fact the whole time it is open for him. It is the gatekeeper’s foreboding words that deter him from entering. The gatekeeper’s warning is not an actual barrier preventing the man from going through the door, but he is employing a process of intimidation that makes the law seem insuperable to the man; the man in a sense forgets that the door is open for him. But the gatekeeper’s words are just that – they are merely words, and they represent a strategically implemented discourse that attempts to make the law appear insurmountable, when in fact it is necessarily accessible and inclusive of each individual. In the parable the door to the law is effectively closed and open at the same time, just as the law is both perceived as something impenetrable that exists above and beyond us, while only ever existing for us and only being interpretable by us.

The openness of the law is also evident in judicial law. Positive laws are open and accessible in that anyone can, for example, read a law textbook and learn the criminal code. In this sense the law is not something foreign and external to us. We have access to its content and we can come to know the law. However, there are always aspects of the law that are inaccessible and of which we remain ignorant. What underlies and conditions the law, for example, which is in part presumably justice, is a concept of which we cannot have full knowledge. To say precisely what justice is in essence is impossible. Another example of the ineffability of law is found in the ambiguity of certain words contained within positive laws, like “person” or “danger,” for instance. The meaning of these words is not perfectly clear or straightforward. Rather, they render the law open to interpretation and are the cause of much debate and conflict. When we attempt to dissect the meaning of laws, their essential interpretability becomes apparent in those vague or ambiguous terms of which they are constituted. The ineffability of these ambiguous terms is both what makes the law impenetrable or closed, but also is what makes it interpretable or open.

We condition or determine the law in that we have the power to decide what it means, but conversely the law conditions and determines us in that we are subjected to its power. This paradox not only defines each individual’s relation to the law, but it also extends to characterize the relation of the sovereign to the law. The sovereign is of course included in and subjected to the law. However, they also have the power to create or withdraw the law and decide what it means. It is paradoxical and problematic that the sovereign is under the rule of the law, yet also has the ability to overpower the law.

It is in the peripheral spaces of the law, in the borders of its functioning, that the paradoxical character of the law becomes even more apparent. For instance, when someone is banished from a sovereign state, she still remains in relation to the law in that she is considered exempt from it. The banished person is never to participate or be subjected to the law, but she is in fact still subjected to it in the capacity of its withdrawal from her. In the state of exception that Agamben talks about, the banished person, the homo sacer, is removed from the realm of the law, but she can also be killed with impunity. So although she is placed outside the law, the banished one is still in relation to the law because it dictates that the person who kills her is exempt from legal consequences. In this state of exception the form of law as being in force without significance is evident. The law holds no significance for the person who is banished from it, yet it still holds force over her in its relation to her. Pure banishment in which the subject is relegated to a position that is utterly separate from and outside of the law is never really achieved. Banishment always preserves a relation between the subject and the law.

Another peripheral instantiation of the paradox of the law is what happens in a state of emergency. In a state of emergency the law no longer holds in its normal capacity. When something drastic occurs, such as a natural disaster or civil unrest, the law can be withdrawn so that the sovereign is allowed to act outside of it in whatever way they deem appropriate. Rights and freedoms can be suspended, and the police can enter your home without warrant or hold you incarcerated without proper procedure. In the state of emergency, there are no positive laws – there is no real significance to the law. Yet even without signifying any specific prohibitions, the law is still in force in a way that is unparalleled. These cases of banishment and the state of emergency show how the law continues to manifest itself in situations that are deemed external to it. The law holds no significance for what is external to it, but it still holds force in that it marks what is other from it. In this way it maintains an essential power relation with everything that it does not include.

An analogous paradox to the one that I’ve begun to describe here appears in other domains as well. In psychoanalysis, for instance, a traumatic experience has an effect on the analysand (i.e. the person undergoing psychoanalysis), but it has no real significance because it is repressed. Although the experience remains unconscious and unknown, its force and impact is still felt. Or with Kant’s notion of the sublime in his aesthetic theory, the beautiful is manifest as something that completely overwhelms you and is beyond your comprehension, yet it still has a profound effect on you. Underlying language too, there is an ineffable pre-linguistic meaning that is supposed to be completely separate from language. But the pre-linguistic, the meaning that may or may not get put into language, that which conditions language, can only ever be understood in relation to language and has no real separate status of its own. The overarching problem that is apparent in this kind of paradox is that relations remain between that which is supposed to be non-relational. The banished person is in a relation of exclusion from the law; we have a relation to the sublime which is something incomprehensible; we are in relation with traumatic experiences that remain unknown to us; the ineffable condition of language is always in relation to language. Force without significance is found in all of these domains.

The non-relational, i.e. the banished person, the repressed memory, the sublime, or the pre-linguistic, is always in a relation, and this is a logical problem that has been continuously explicated throughout the history of philosophy. To overcome the paradox is a weighty task that requires both a thinking through it to see its political and ethical implications, and a thinking beyond it to see how it may be resolved or at least taken up in new and productive ways. Although these paradoxes seem unavoidable, perhaps the challenge is to move outside of traditional logic, and attempt to push thought past its limit, to think beyond thought. 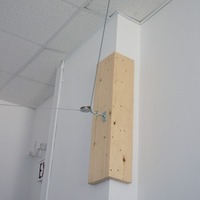 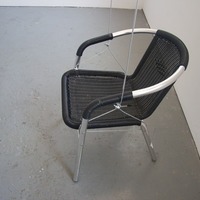 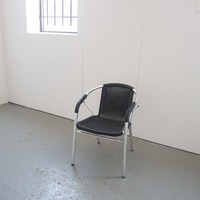 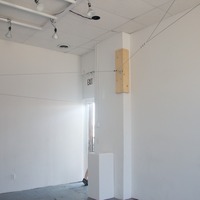 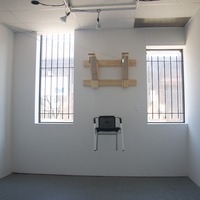 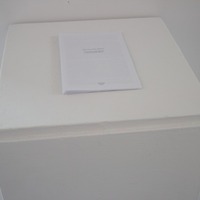