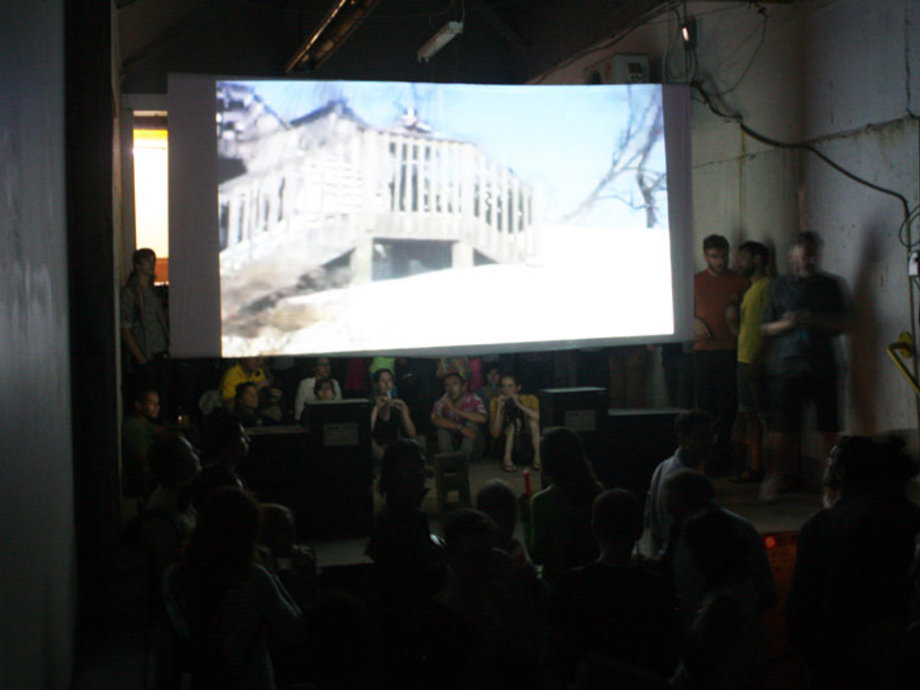 July 25, 2013 - July 25, 2013
On July 25th, we participated in the Art Spin tour. Contributing a video compilation housed in an installation, guest curated by Rafi Ghanagounian.

"Art Spin works best when the specially commissioned projects are responsive to both the site and the tour’s format. At the fourth stop of the night—a series of warehouse studios on Dufferin Street just north of Queen—the artist collective VSVSVS created a miniature world in one of the building’s loading bays, providing an oasis in the middle of the summer heat. Viewers were greeted at the door with freezies pulled from large coolers on the floor, and then entered a makeshift screening room where a double-sided screen displayed Frozen, the group’s edited compilation of YouTube videos depicting feats of bravery (occasionally verging on idiocy) in a variety of icy landscapes. A man uses a banana to hammer a nail into a post; a group of bundled pedestrians fights to stay upright against a gale-force snowstorm; dozens of people bravely submerge themselves in icy waters as part of various polar-bear swims (one group of men even crosses themselves, seemingly asking for divine protection—or intervention?—from the conditions). Curated by Rafi Ghanaghounian, the video was a reminder of the ways that the environment literally influences group behavior, often with violent results."